It’s Sigi’s Birthday today, so I thought I’d share some memories. Dare and Toast came to Leipzig in 2008 for Gunter Sach’s show “Die Kunst ist weiblich” at Museum der bildenden Künste. I met both of them at 4 am in the museum where they were still working on their big canvases. Sigi always worked at night and you should’ve never dared to call him before 12:30pm. He painted a huge orange heart-canvas for the show.

Over the next days Dare, Toast and I painted several old factories and had a lot of fun doing so. Sigi and I also went to paint a wall at the local hall of fame – of course with Dare orange outlines. And like so often he was singing while painting.

I managed to take a picture of one of his factory-pieces right after he passed away in 2010. The building was torn down half way already and I could feel the walls shake from the demolition ball while I was taking the photo. None of his Leipzig pieces have survived the time, but at least I can show some pictures here and keep his memory alive. I’ll always miss him. 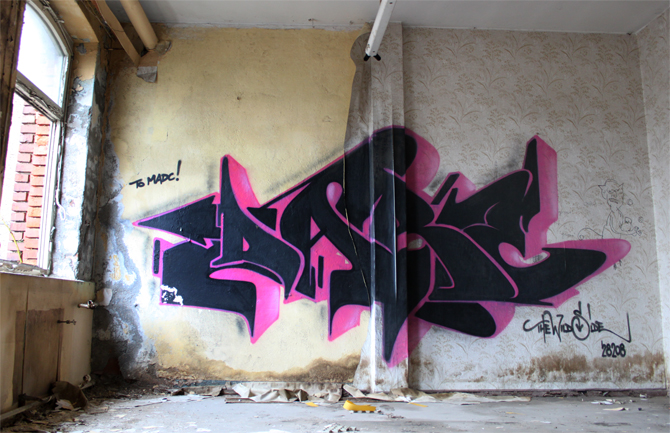